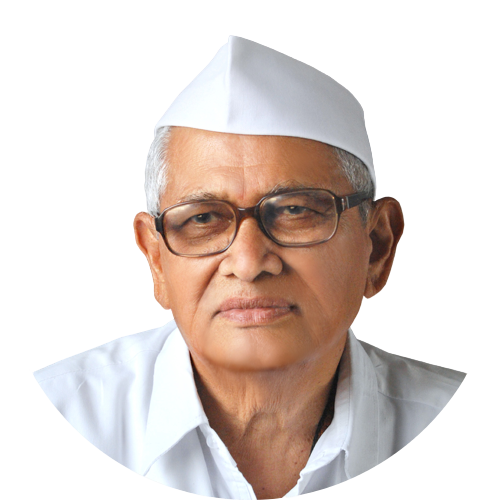 Dr. Eknathrao alias Balasaheb Vikhe Patil, (10th April 1932 – 30th December 2016) was a member of the 14th Lok Sabha of India. He represented the Kopargaon and Ahmednagar (South) constituency of Maharashtra and was a member of the Indian National Congress (INC) political party. He took upon himself the task of translating the dreams of Padmashri into concrete realities by providing dynamic and pragmatic leadership to the society, true to the tradition of an illustrious family. He was Prominent Leader of Maharashtra and eldest son of Padmashri Vitthalrao Vikhe Patil. Throughout his life, he strived to translate the dreams of Padmashri into concrete realities. He provided dynamic and pragmatic leadership to the society. He worked for the Social Educational and Economic improvement of the rural masses. He acted on the maxim “Think globally and act locally”. He was elected as MP for eight times. He was the former Union Minister-Finance and Heavy Industries, Government of India. He was awarded with the prestigious civilian award “Padma Bhushan” on 31st March 2010 for his outstanding social work.